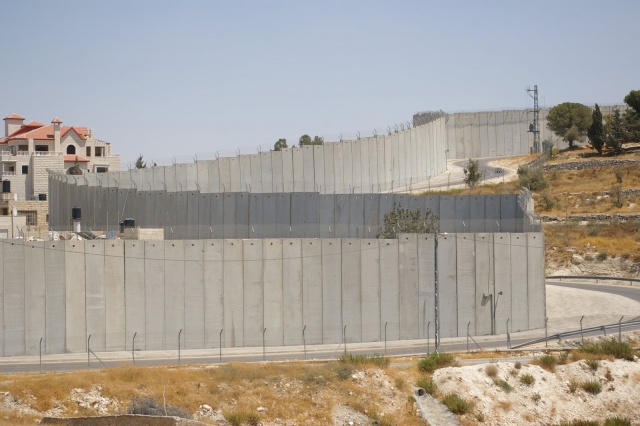 WALL (Mur) is a cinematic meditation on the Israeli-Palestinian conflict in which the filmmaker blurs the lines of hatred by asserting her double identity as Jew and Arab. In an original documentary approach, the film follows the separation fence that is destroying one of the most historically significant landscapes in the world, while imprisoning one people and enclosing the other.

On the building site of this mad wall, daily utterances and holy chants, in Hebrew and in Arabic, defy the discourses of war, passing through the deafening noise of bulldozers. MUR offers its spectators a last glimpse of the beauty of this land and the humanity of its inhabitants a moment before they disappear behind the wall.

Only open to AA Members. Become a member