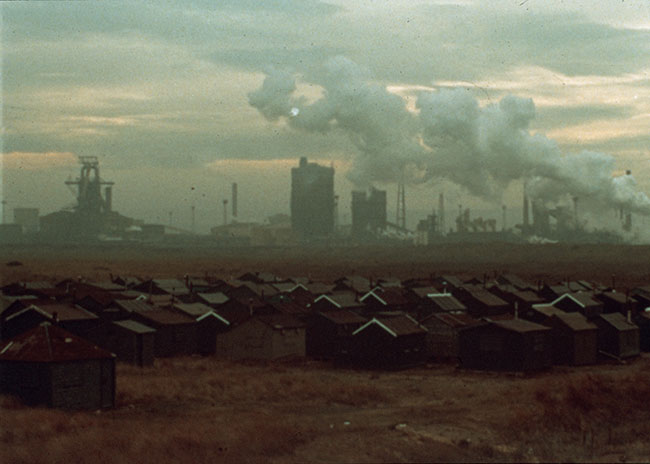 Join us for a special screening in 35mm of Robinson In Space (1997), directed by Patrick Keiller. The screening will be followed by a Q&A with the director Patrick Keiller and architect Sam Jacob.

England, 1995. An unnamed narrator sets out from Paddington to meet his friend Robinson in Reading, where the latter is earning a precarious living as an English-language teacher. Soon the couple (whom we never see) are enlisted as spies by a mysterious organisation and set out on seven meandering trips over England, in imitation of Daniel Defoe’s literary tour of the country. The first trip takes them along the Thames, west and east of London; the second to Oxford, Cambridge, and Bristol; the third to the West Midlands; the fourth to Birmingham and Liverpool; the fifth to Manchester and Hull; the sixth to Scarborough and Whitby; the seventh to Blackpool and Sellafield.

Speaking over images of a wide variety of places, the narrator gives a picaresque account of the couple’s uneventful journey, embroidered with historical and philosophical observations on English life. Inexplicably released from their quixotic task, the couple end their journey in Newcastle, where Robinson may or may not find the utopia he has been seeking.

The film will be shown in its original format of 35mm in Birkbeck Gordan Square Cinema. This event is a collaboration between the Birkbeck Institute for the Moving Image and the Architectural Association

Only open to AA Members. Become a member. Book your free ticket below