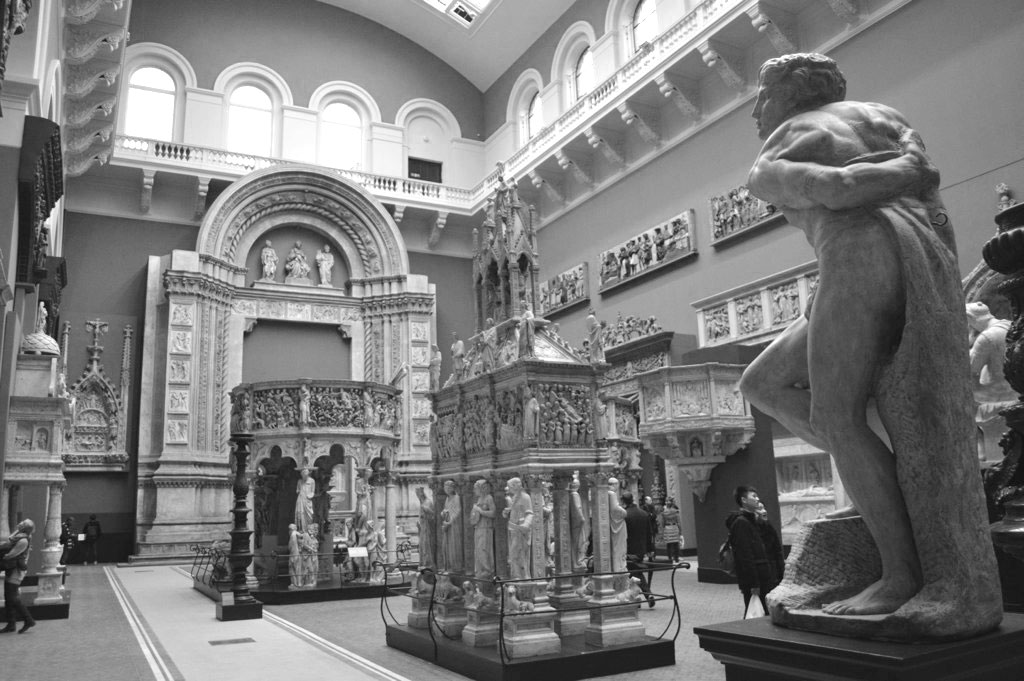 A visit to the Drawings Study Room and the recently re-opened Plaster Cast Courts of the Victoria and Albert Museum, led by Peter Wilson of Bolles+Wilson, in conversation with Elena Palacios (AA PhD candidate).

Architect Peter Wilson will be showing a collection of his own drawings currently archived at the V&A drawing collection, followed by a tour of his favourite moments in the Plaster Cast Courts. Peter will relate his reading of the V&A to Walter Benjamin’s concept of history. The Plaster Courts are one of the most significant rooms at the Victoria and Albert Museum, gathering copies of relevant works of art. The Courts have recently reopened after a conservation project and the new setting brings together the paradoxes of the conservation of reproduction and the deterioration of the actual monuments, the current state of the Court and the restoration of the copies to its original 19th-century display.

Peter Wilson studied at the University of Melbourne, Australia, 1969-71, before attending the Architectural Association from 1972-74, and graduating with the Diploma Prize. He subsequently taught at the AA from 1974-88. In 1980 he set up his practice Bolles+Wilson with Julia Bolles-Wilson and relocated to Munster, Germany in 1989. Alongside design work, Peter Wilson has lectured and run studios worldwide, acting as Guest Professor for both the Kunsthochschule Wiebensee and the Accademia di Architettura Mendrisio. He was a visiting professor from 2013 – 2014 at the Edinburgh School of Architecture and Landscape Architecture and an International Fellow of the RIBA since 2014. In 2009 he was awarded the President’s Prize of the Australian Institute of Architects and in 2013 the Gold Medal of the Australian Institute of Architects.