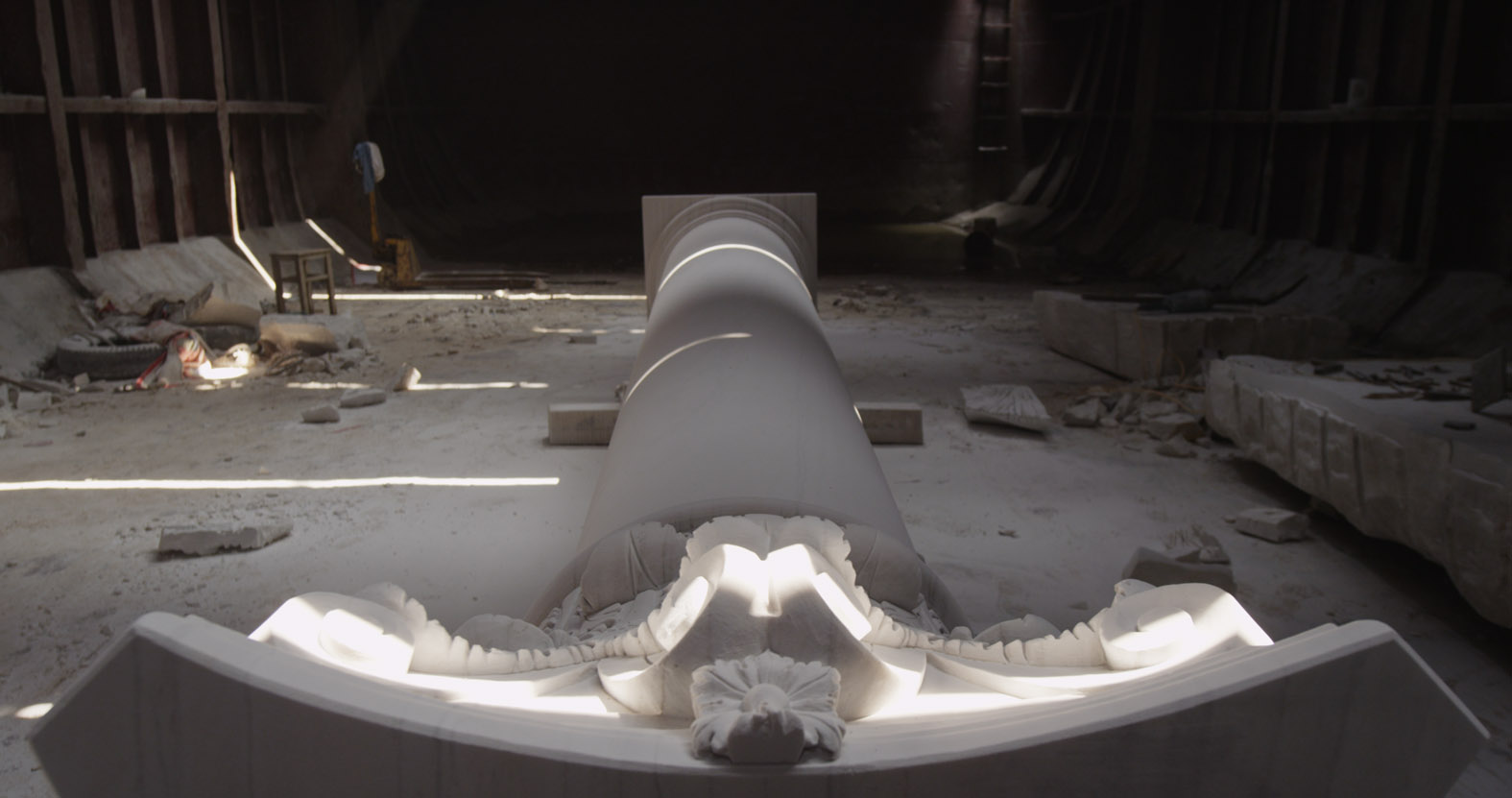 Following on from the Friday night Private View & Lecture on the 16th January, AA Membership will be hosting a special exhibition talk in the AA Gallery with Beyond Entropy Balkans curators Jonida Turani and Stefano Rabolli Pansera (AA Dipl(Hons) 2005), as well as with Albanian artist Adrian Paci who will discuss his sculpture in Bedford Square.

Complimentary drinks & refreshments will be served, All Welcome.

Potential Monuments of Unrealised Futures presents work by two Albanian artists: Edi Hila and Adrian Paci. Curated by Beyond Entropy Balkans (Jonida Turani and Stefano Rabolli Pansera), this exhibition was originally commissioned by the Ministry of Culture of the Republic of Albania for the Pavilion of the Republic of Albania at the 14th International Architecture Exhibition, Venice Biennale 2014.

The exhibition explores how modernity can be absorbed through a reflection on the social and cultural dynamics presented in the work of the two artists. The unrealised futures are the promises of modernity; partially realised, but yet not completed.

Focusing their gaze on buildings, the processes of construction and unfinished architectural elements, the artists avoid the traditional architectural viewpoint. In the potential created by the fragmented and uncompleted plans, lie the conditions of a new concept of potentiality considered as a value to be preserved. Maintaining this potential suggests another direction for political and architectural action.

In the series Penthouse, Edi Hila envisages the domestic architecture dispersed in the Albanian landscape. The constructions, elevated onto plinths, become imagined architectures loaded with monumental elements: arches, pediments and pilasters. The paintings reveal a conceptual model for transforming the traces of modernity into potential monuments.

The Column by Adrian Paci is articulated in two elements: the projection of a video inside the AA Gallery and a column resting horizontally outside the exhibition space in Bedford Square. The video documents the transformation of a block of marble into a Corinthian column inside a factory-ship on the ocean. The column, a universal architectural element, emerges from the labour of a group of workers who, covered in dust, become an extension of the sculpture. Once completed, the column is detached from this context of production and is not erected but remains horizontal, in a state of impotence and potential.