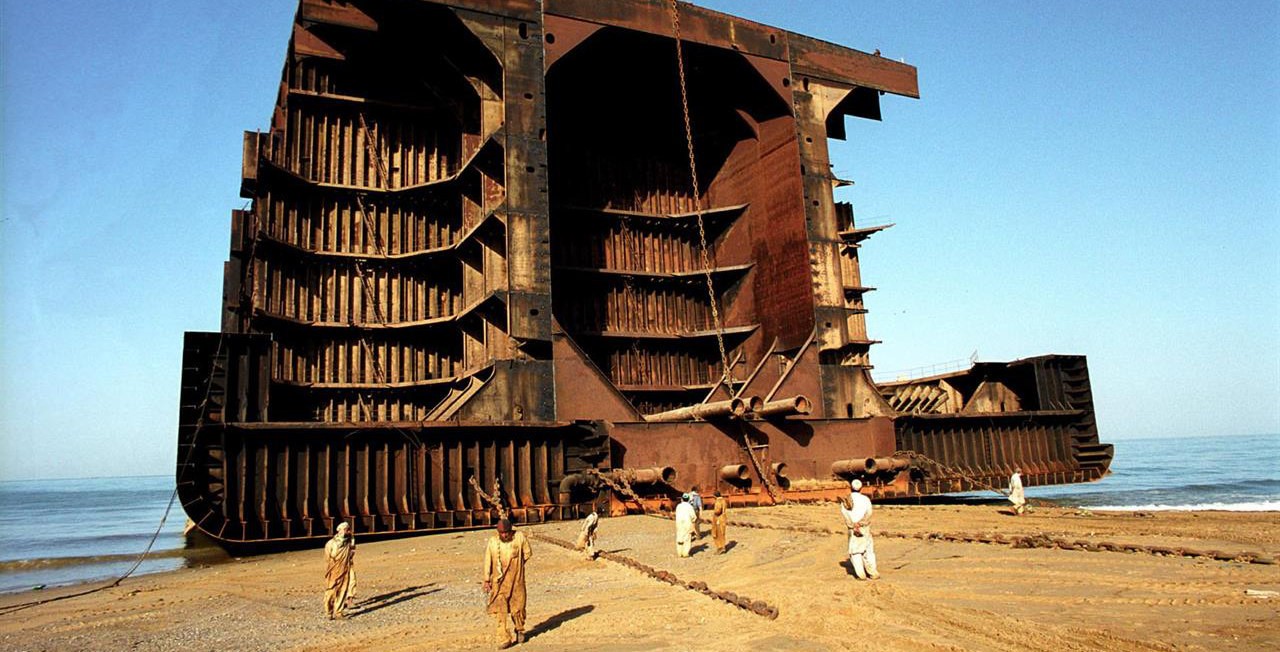 Workingman’s Death is an unflinching portrait of the state of manual labour in the 21st century. The film is composed of six chapters, the first five are portraits of heavy manual labour around the world, the sixth shows contrasting scenes of youths in a former German industrial complex which had been converted into a leisure park.

In Ukraine, a group of men spend long days crawling through cramped shafts of illegal coal mines. Sulfur gatherers in Indonesia brave the smoky heat of an active volcano and the treacherous trip back down. Blood, fire and stench are routine for workers at a crowded open-air slaughterhouse in Nigeria. Pakistani men use little more than their bare hands to dismantle an abandoned oil tanker for scrap metal. Steelworkers in China fear they could be a dying breed…