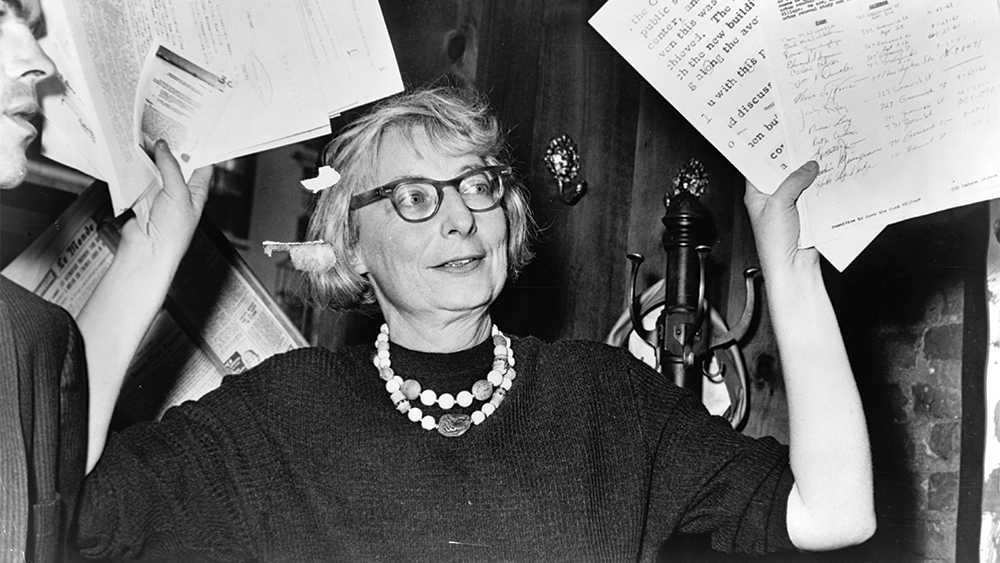 Join us for an exclusive screening of Matt Tyrnauer’s film Citzen Jane: Batlle Cry For The City, 2016.

In 1960 Jane Jacobs’s book The Death and Life of Great American Cities sent shockwaves through the architecture and planning worlds, with its exploration of the consequences of modern planners’ and architects’ reconfiguration of cities. Jacobs was also an activist, who was involved in many fights in mid-century New York, to stop “master builder” Robert Moses from running roughshod over the city. This film retraces the battles for the city as personified by Jacobs and Moses, as urbanisation moves to the very front of the global agenda. Many of the clues for formulating solutions to the dizzying array of urban issues can be found in Jacobs’s prescient text, and a close second look at her thinking and writing about cities is very much in order. This film sets out to examine the city of today through the lens of one of its greatest champions.
Only open to AA Members. Click here to book your place.