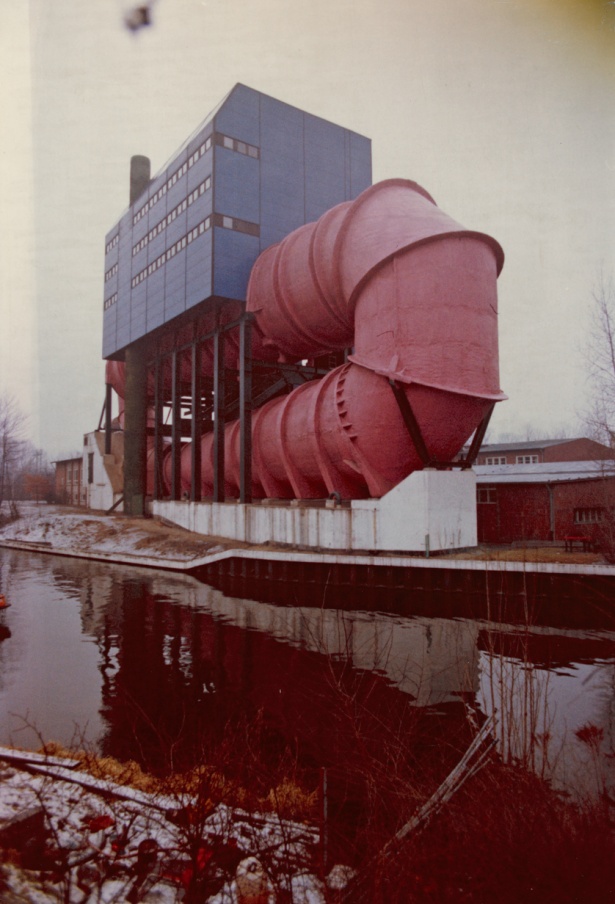 Please join AA Membership for a tour of the exhibition Ludwig Leo – Ausschnitt: Five Projects From 1960s West Berlin with curators  Jack Burnett-Stuart (Base for Architecture Research) and  Gregor Harbusch (ETH Zurich) on the morning of Saturday 2 May in the AA Front Members’ Room

Open to all  with complimentary drinks and refreshments served, any questions please e-mail events@aaschool.ac.uk.

‘Ludwig Leo: a most unusual architect’ is how Peter Cook, inspired by seeing the recently completed pink and blue Umlauftank (circulation tank) and the triangular DLRG headquarters in Berlin, entitled his 1975 article about Ludwig Leo. “The buildings are so original and so expertly achieved,” he said, “that in the long run, they MUST be exposed, they MUST be talked about, for there is so much crap around.”

This never happened. Leo never built another building and he did not wish to talk about his past achievements. Forty years after Cook’s text, this exhibition is the first dedicated to this legendary West Berlin architect of the 1960s, who died in 2012. Presented, through Leo’s remarkable drawings, are five projects: the Umlauftank, the DLRG headquarters, a brutalist sports hall and two unbuilt experimental schools. The film ‘DLRG’ animates Leo’s drawings and shows how this unique lifeguard and boathouse building was originally used.

This exhibition was first shown in 2013 in Berlin and is co-produced by the Wüstenrot Stiftung, the German foundation which is currently renovating the Umlauftank.