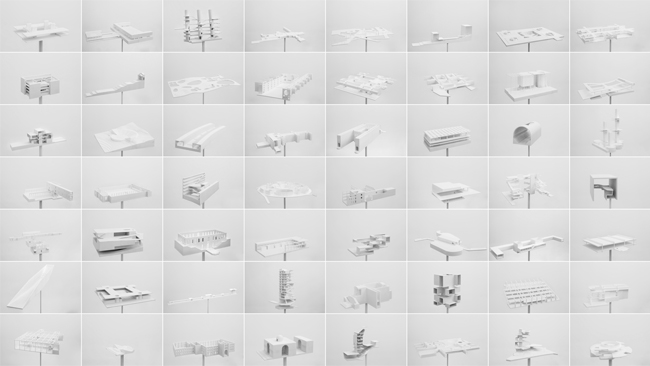 Join Ryan Neiheiser and Xristina Argyros, founders of Neiheiser Argyros, curators of The School of Athens exhibition and tutors of AA unit City/Hall: Community and Collective Form (Experimental 15), for a guided tour of their exhibition at the Benaki Museum in Athens followed by a drinks reception.

Inspired by Rafael’s fresco “The School of Athens” – a utopian vision of a free, open, informal, and common space for learning – the project recognises that common spaces within the university – unprogrammed spaces for impromptu conversation, casual gossip, heated debate, pop-up lectures, networking, and informal teaching – are vital to the institution’s continued relevance and vibrancy.

The School of Athens exhibition was first shown at the Greek Pavilion at the 16th Venice Architecture Biennale in 2018. The new show at the Benaki Museum has been expanded and redesigned for the new context and represents the evolution of an ongoing research project into the architecture of the academic commons.

The project was produced as part of an international student collaboration between the Architectural Association in London and the National Technical University of Athens. Academic institutions included in the exhibition range from Plato’s Academy of Athens, the Carpenter Center by Le Corbusier, the ‘Infinite Corridor’ at MIT in Cambridge, the Athens Conservatory, and the voids of SANAA’s Rolex Learning Centre, among others.

Attendees must register to attend using the form below, and will be required to buy a ticket to the exhibition on entering the museum as well. The tour will start at 7.30pm EEST so please arrive early to buy your tickets beforehand.

Spaces are limited. Please register for the event using the form below.